Fast Fashion Is Destroying The Environment, Here’s 3 Ways To Help 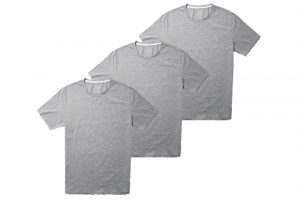 Going green and being environmentally conscious has never been more prevalent than now. Electric cars, paper straws, reusable bags. While all these wonderful initiatives are doing their part, there is a silent killer amongst us that continues to grow, and that many are not aware of.

What if I told you that this killer was responsible for about 31% of plastic pollution in our oceans? Or that they emit more than all international and maritime shipping combined, making up 10% of humanity’s carbon emissions? Or that they are the world’s second-largest consumer of water, using so much water that in

Forty-two-year-old Encino man Richard Ayvazyan, his wife 37-year-old Marietta Terabelian, his brother 41-year-old Artur Ayvazyan, and Vahe Dadyan, 41, of Glendale were all convicted in the case, according to the U.S. Attorney’s Office in the Central District of California.

It’s been more than 15 months since London and Paris Men’s Fashion Weeks were first cancelled due to COVID-19 and resulting lockdown measures. Since then, we’ve sat through a series of digital fashion shows, as landmark events — from Raf’s first Prada show to Louis Vuitton’s collaboration with Nike — emerged through a screen.

Nowadays, however, shows are beginning to return: London Fashion Week featured some socially-distanced shows, while Kim Jones presented Dior’s collection with Travis Scott in front of a live audience. As the world’s fashion capitals start to open up, and major events tentatively return, we caught up

France’s antiterrorism prosecutor’s office has opened an investigation into four leading fashion retailers over suspicions that they benefited from and concealed “crimes against humanity” by using forced labor by Uyghurs in China.

The investigation by the French prosecutors started last month following accusations that the four companies — Inditex, the owner of Zara; Uniqlo; Skechers; and SMCP, which owns brands like Sandro and Maje — had profited from human rights crimes in the Xinjiang region of China, a French judicial official confirmed on Friday.