When you meet someone who was born and raised in Brooklyn, there’s an undeniable sense of pride that radiates from them. In the case of burgeoning fine jewelry designer Bernard James, his love for his borough not only permeates our phone call but is reflected in his collections. With each piece carefully made by hand in New York City, his eponymous label tells a story that for the founder, as well as his customer base, is quite personal.

Originally founded in 2010 with only a men’s offering, Bernard James the brand was birthed out of the creative’s desire to diversify the market. “There wasn’t a lot, specifically in men’s jewelry that I gravitated towards, or loved,“ the designer tells BAZAAR.com on his reasoning for entering the space. “I took a lot of inspiration from women’s jewelry, but the more I got into it, I found that a lot of my clients were actually women. So I decided to make it a unisex brand based on that.”

Crafted with an attention to detail that is difficult to achieve without local production, the designer’s collections include a little bit of everything. From dainty floral studs to mixed-metal banded rings, there’s something timeless and chic about every silhouette—you can’t help but to be drawn in.

“I wanted to bring that sort of personal quality back into jewelry,” James says, mentioning the current overhaul of mass production in the industry as a driving force. “Working on such a small medium, it’s super important that every detail is done to perfection. I used to do some of the production myself, and now that I have a team that I work with, I want to make sure that everything is finished the way that it’s supposed to, because I want this jewelry to last [beyond a] lifetime.”

Hoping to reinstate the idea of physical family heirlooms to a new generation, the founder wants to bring classic “Old World” approach back into the industry in a way that evokes emotion for the individual wearer. “I still have my baby ring that my aunt gave me,” the designer divulges about his own relationship with jewelry. “It’s actually what one of the [Bernard James] signet rings is based on. It’s something I will cherish forever and is another reason that I wanted to make high-quality jewelry that can be passed down.”

In the process of acknowledging the role that fine jewelry plays in certain cultures, the designer is also hoping to create a more diverse concept of modern luxury. So the fact that the creative tapped his inner circle for the launch of the Bernard James Family Portrait series makes complete sense. From t.a. founder Telsha Anderson to the always-stylish Amanda Murray (@londongirlinnyc on Instagram), each face in the campaign lensed by César Buitrago is both a close confidant of the designer and a part of what James calls the next wave of creatives changing the landscape in their respective industries.

“I believe in serendipity, so [they are] people I have strong relationships with and, I feel, are the new generation of luxury and appreciate [it] from different perspectives. In terms of styling [the series], everyone would ask, ‘What do you see me in?,’ and my response is always, ‘What do you see yourself in?’ I respect the aesthetic and the mindset of those featured in the campaign, and I want them to be able to see themselves through the images.”

This content is created and maintained by a third party, and imported onto this page to help users provide their email addresses. You may be able to find more information about this and similar content at piano.io 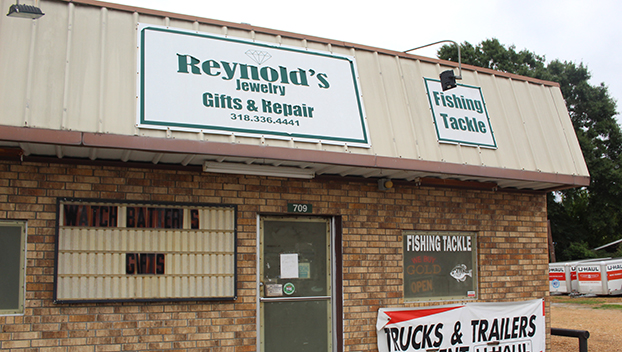