If you turned back the clock to Madison’s earliest days, Tori Timmins could tell you the origin story of every stitch of clothing worn by the town’s frugal, practical, and puritanical colonists. In fact, Tori could take that story line through to the history of the early 20th century, which is exactly why the Guilford resident is the perfect person to discuss fashion through the centuries for Madison Historical Society (MHS)’s virtual lecture series, “Madison and the Evolution of Style” based on the society’s textile collection at its Allis-Bushnell House in Madison.

Tori’s first lecture on May 23 discussed New England Colonial garb and fashion changes up to the point of 1826, when East Guilford was incorporated as the Town of Madison. On Sunday, June 27, Tori will take the discussion into the Victorian era, exploring the many fashion trends of the 19th century. She’ll wrap up the series Sunday, July 25 with styles emerging throughout the early 20th century (and yes, MHS owns some fun, flapper-era dresses) up to World War II.

The lectures will be streamed via Zoom from the Allis-Bushnell House. General admission is $5 and registration is open now at www.madisonhistory.org.

The basis of each talk is being led by the objects she’s finding in the MHS collection. For example, as part of her Victorian era lecture, “we’re definitely going to look at a couple of top hats,” says Tori.

“Those were basically the baseball caps of the Victorian era—everyone wore them. And you can see, through the objects in the collection, the transition between the first top hats in the early Victorian era into the early 20th century, how they changed with the time period, which is something you might not think about, but they have really great examples,” she adds.

Tori will pursue her master’s degree in costume studies at New York University (NYU) this fall and is a recent graduate of Rutgers University in New Jersey with a BFA in costume design and technology. Tori came back to live in Guilford in August 2020.

Due to larger museums in the area shutting down during the pandemic, opportunities for volunteer work and internships had basically dried up.

“Because of the COVID situation, a lot of the big museums were not letting people in that weren’t already working there,” says Tori.

Tori grew up in Madison, she’s a 2017 Grove School graduate, and so was familiar with MHS and the Allis-Bushnell House. She reached out to offer her services.

“I wanted to find something local, but I wasn’t expecting them to have anything, really! I thought maybe they’d have a couple of pieces I could work on,” says Tori.

A meeting at the house with MHS Collections Chair Bob Gundersen quickly dispelled that notion.

“He took me upstairs, where they have a huge room full of wardrobes that are filled with clothing, hats and shoes—it was wonderful. It was amazing,” says Tori. “They had a lot more objects than I anticipated they would.”

Since September, 2020, Tori has spent every week locked in careful examination of the extensive MHS textile collection.

“They have a really wonderful collection that I think not a lot of people have had a chance to see, and they were so gracious to invite me to come and work on their collection and document what they have,” says Tori.

Tori estimates the MHS collection of garments and accessories numbers somewhere around 300 pieces. Some of the oldest objects in the collection are shoes, while there are also accessories spanning the centuries including jewelry, purses, and hats.

She’s been archiving pieces and working to document several right down to creating hand-drawn gridded patterns, which is one of the skills the 22-year-old brought with her from her 2019 studies program at the School of Historical Dress in London, England.

“The ones I’m particularly documenting are mostly 19th-century gowns. I’ve worked on gowns from around 1810 to 1860,” says Tori of the 15 patterns she plans to complete for MHS. “My end goal is to have gowns from 100 years, so I’m around halfway through.”

The process has also allowed Tori to identify some otherwise misunderstood items.

“I think it’s been a mutually beneficial experience, because I get to work so intimately with these pieces, and I’ve been able to help them identify things that perhaps they didn’t know what it was,” she says.

One garment Tori discovered and identified for MHS was a rare “transformation gown.”

“They had this beautiful 1850s gown…It was a type of transformation gown, and there aren’t a lot of examples of them in museum collections,” says Tori. “It became popular a little before the Civil War. Essentially it’s a type of gown that had two bodices and one skirt, and the point of it would be to use less fabric, to conserve it. So there was one bodice that was an evening bodice, for parties or dinners or formal occasions, and one that was a day bodice.”

Tori feels MHS may have overlooked its ownership of a transformation gown because day bodice is “a bit more fancy” than what was typically worn, she says.

“It might have been worn for church, or a special breakfast or going out throughout the day,” says Tori. “When I found it, it had been hung up with the evening bodice hung inside the day bodice—they didn’t know there were two bodices in there.”

Working with rare historical clothing at London’s School of Historical Dress has been another highlight in Tori’s rising career.

“The clothing I worked with at the School of Historical Dress was much older, 16th- and 17th-century stuff,” says Tori. “It was European, and there tends to be more clothing from that time period, as opposed to here, where we don’t really have those pieces preserved in the same way.”

Tori’s teacher was the noted costume design expert and source material author Jenny Tiramani, who also directed Theatre Design at Shakespeare’s Globe theater in London (1997 to 2005). Tori worked with her on a project with Westminster Abbey, examining and reproducing a very early 17th-century “bodies” corset on an effigy of Queen Elizabeth I.

“The project was basically reconstructing it so that we could work with it and handle it,” says Tori. “So I made a replica in order to gain more knowledge about that piece in particular, because obviously it was very fragile.”

The results can be viewed at Tori’s website, www.toritimmins.com. The site also features Tori’s work, to date, as a specialty costumer. Just some of her extraordinary work has included assisting in the creation of custom-made backup dancer jumpsuits for Mr. Fox (Wayne Brady), winner of TV’s Masked Singer season two (2019) and a collaborative project with costume designer Marly Hall, incorporating more than 600 hand-sewn reflective pieces in the “Glass Robe” worn by Young the Giant lead singer Sameer Gadhia for the Mirror Master tour (2019).

“Before I ended up working with Jenny in London, most of my experience was in film and television,” says Tori. “I actually worked out in Los Angeles for a little bit, and I’ve done some theater stuff here. So my background comes from that world of specialty costumes, and those kinds of creative things.”

Of course, the industry was hit hard during the pandemic.

“Originally, I’d been hoping to continue doing that kind of work in [New York] City, but it’s been really difficult, with Broadway and everything shutting down,” says Tori. “It’s something I’m still interested in doing. I know when I start school at NYU, we’re hoping I’m going to be able to work part-time in one of the costume shops in the city.”

Tori says working in specialty costumes fulfills her creative side, while opportunities such as the one brought by her work with MHS supports her academic pursuits. Ideally, both will blend to create a very interesting future.

“I think there’s a really interesting connection between the two,” says Tori. “There’s this kind of connection between television, film, theater, and museum collections like the Madison Historical Society’s that I think is really beneficial, and I’m hoping I can help bridge that connection.”

Tori also hopes to make connections with larger museums, by bringing the type of research and development her London mentor creates in England to this country.

“The work that Jenny does, and the books that she publishes in London, are books that every costume shop or university in the city owns, because they reference those any time they do a period piece on stage, or in film or television. They are trying recreate these garments that are in museums,” says Tori, adding that she would love to pioneer that type of work here in the United States.

“I think her style of research is not really being explored in the U.S. quite yet,” says Tori. “So I’m hoping when I go to grad school, I can start making connections and talk with bigger museums about the ways that we can explore this style of research and documentation with their collections. That is the goal. But for now, I’m really enjoying working with the Madison Historical Society.” 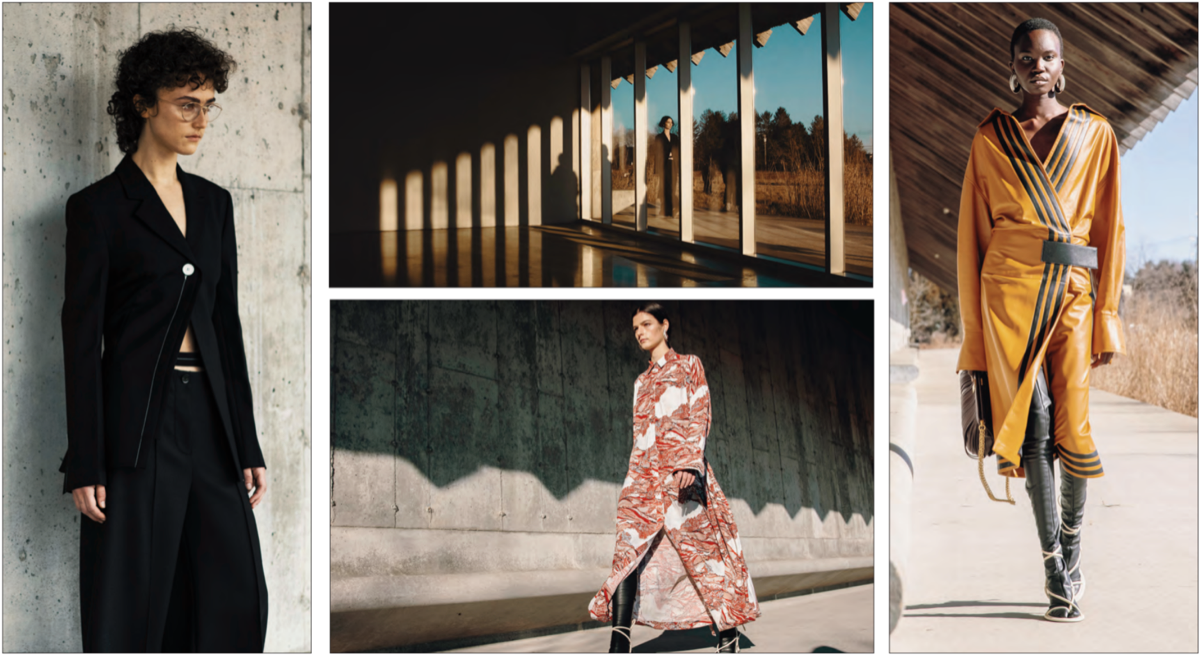 Fashion Heats Up a Cold Parrish These fashion trends from the ‘70s to the ‘00s are back