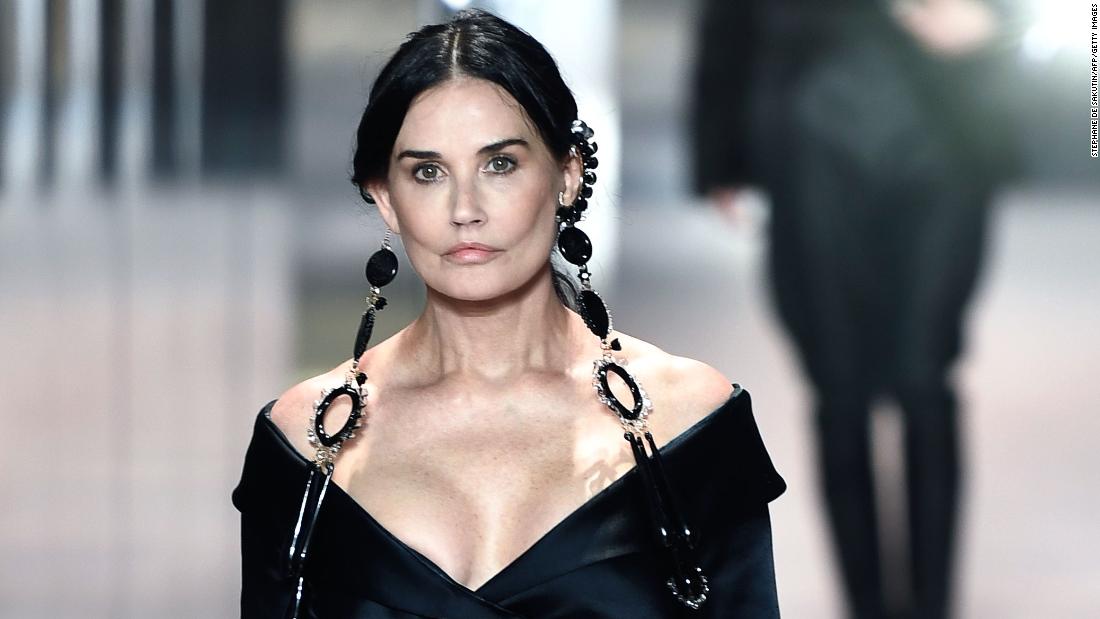 If the ready-to-wear shows are about selling product, Paris’ haute couture shows, staged each year in January and July, are about selling the dream. During the Spring-Summer 2021 season, which took place from January 25 to 28, the few designers working in this rarefied space once again came together — this time, virtually — to parade their most fantastical designs.

While the theatrical collections typically include elaborate runway productions, world-building has become more challenging due to the restrictions of the coronavirus pandemic — but not impossible. This season, a number of designers found ways to awe through the computer screen alone.

Below are this week’s standout moments.

Kim Jones brings the stars out at Fendi

Ever since he was first announced as the successor to the late Karl Lagerfeld, the industry has been eagerly waiting to see what Dior menswear designer Kim Jones would do as Fendi’s new head of womenswear and couture — especially considering that he’d never officially designed in either category.

This week, he leapt into both when he unveiled his first collection for the Italian house, inspired by Virginia Woolf’s novel “Orlando,” about a male aristocrat who wakes up one day as a woman, and Charleston, the East Sussex home where Woolf and other members of the Bloomsbury Set would congregate. The show was stacked with gauzy, crystal-embellished gowns; flowing capes and sharp, androgynous suiting. In place of a traditional runway show, Jones took over Paris’ Palais Brongniart, with models navigating a maze of interlocking glass “F” shapes in a pre-taped video.

The grandiosity and artistry was all but eclipsed by the star-studded cast, which included actress Demi Moore and 1990s supermodels Christy Turlington, Naomi Campbell and Kate Moss. It was also something of a family affair: Moss’ 18-year-old daughter, Lila Grace, and Turlington’s nephew, former professional baseball player James Turlington, were also included, as were the daughters of Silvia Venturini Fendi, the house’s creative director for accessories, menswear and children.

In December, less than a year after launching his made-to-order business, 24-year-old Charles de Vilmorin, a graduate of the École de la Chambre Syndicale de la Couture Parisienne, was invited to show as a guest member at haute couture week. And with a bombastic debut, he’s established himself as one to watch.

In his video presentation, de Vilmorin’s friends are dressed in his new designs, or else covered in rainbows of body makeup. There are bold-shouldered coats, mini dresses with built-in breasts, and cropped puffer coats, covered in butterflies, hearts, flowers and faces, all hand-painted by the designer himself.

So far, de Vilmorin has already been given the stamp of approval from designers Jean Paul Gaultier and Jean-Charles de Castelbajac, and he also participated in GucciFest, the Italian brand’s fashion and film festival last fall. After this showing, his fan base is surely set to grow.

Last summer, working with British photographer Nick Knight, Valentino delivered high drama with a live video that featured models perched on rotating risers or aerial rings (all the better to show off the Autumn-Winter 2020 collection’s exaggerated proportions). But this season, creative director Pierpaolo Piccioli brought things back down to Earth.

In a video titled “Temporal,” models wearing the new collection walked through an ornate hall in the baroque Galleria Colonna in Rome. There were the usual glorious moments of dazzle and sparkle, in sleeveless tops covered in jewels, metallic platform heels and a sequined jumpsuit, but for the most part, daywear took center stage: oversized trench coats, turtlenecks and chinos; poplin shirts and second-skin dresses; and a cashmere-lined hoodie thrown in for good measure.

“My idea is to witness the moment,” Piccioli told Vogue ahead of the debut. “It’s more about pieces that will give an effortlessness.”

Chanel stages a grand wedding at the Grand Palais

During his tenure at Chanel, the late Karl Lagerfeld transformed the Grand Palais into everything from a supermarket to a rocketship. But this year, creative director Virginie Viard struck a wholly different note in an intimate in-person affair.

“I knew we couldn’t organize a big show, that we would have to invent something else, so I came up with the idea of a small cortège that would come down the stairs of the Grand Palais and pass beneath arches of flowers,” Viard said in her show notes. “Like a family celebration, a wedding… “

Chanel invited only a slim guest list — including brand ambassadors Penelope Cruz, Marion Cotillard and Vanessa Paradis, all sitting far apart — to witness the Spring-Summer 2021 presentation live. In the video of the shoot, captured with drones and handheld cameras by photographer Anton Corbijn, models first descended onto the flower-strewn runway in a smiling, joyous mob to a slowed-down cover of the Ronettes classic “Be My Baby.” The clothes themselves, modern and romantic, included ruffled boleros, organza ball skirts and embroidered dresses in pastels, as well as sleeveless tweed pantsuits and stunning sheer dresses with well-placed pockets — suitable options for every type of wedding guest.

At a time when the future feels less predictable than ever, Dior creative director Maria Grazia Chiuri has taken inspiration from divination, presenting a dramatic collection inspired by the tarot.

“(Tarot card symbols) provide insight into a magical world that allows us to explore the unknown and look inside ourselves,” Grazia Chiuri said in a post on Instagram.

In “Le château du tarot,” directed by Matteo Garrone, a young woman wanders a Tuscan palazzo and encounters living embodiments of some of the tarot’s Major Arcana — like “The Fool” and “The High Priestess” — each dressed in the Spring-Summer 2020 collection.

In terms of design, there are plenty of Grazia Chiuri’s usual hallmarks, including romantic sheer gowns, jacquard and velvet. “Justice” sits primly in high-necked green silk, while “The Devil” prefers a plunging neckline. “Death” prefers periwinkle blue and a chain-mail veil. 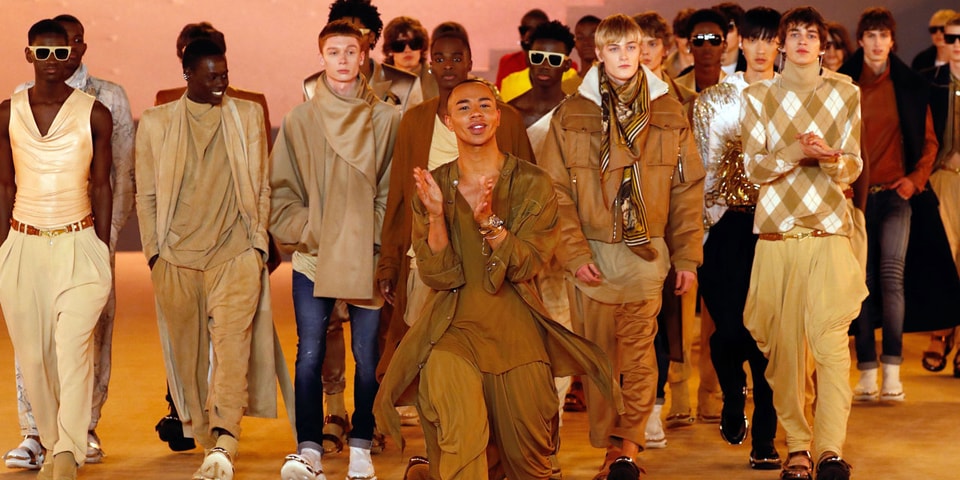 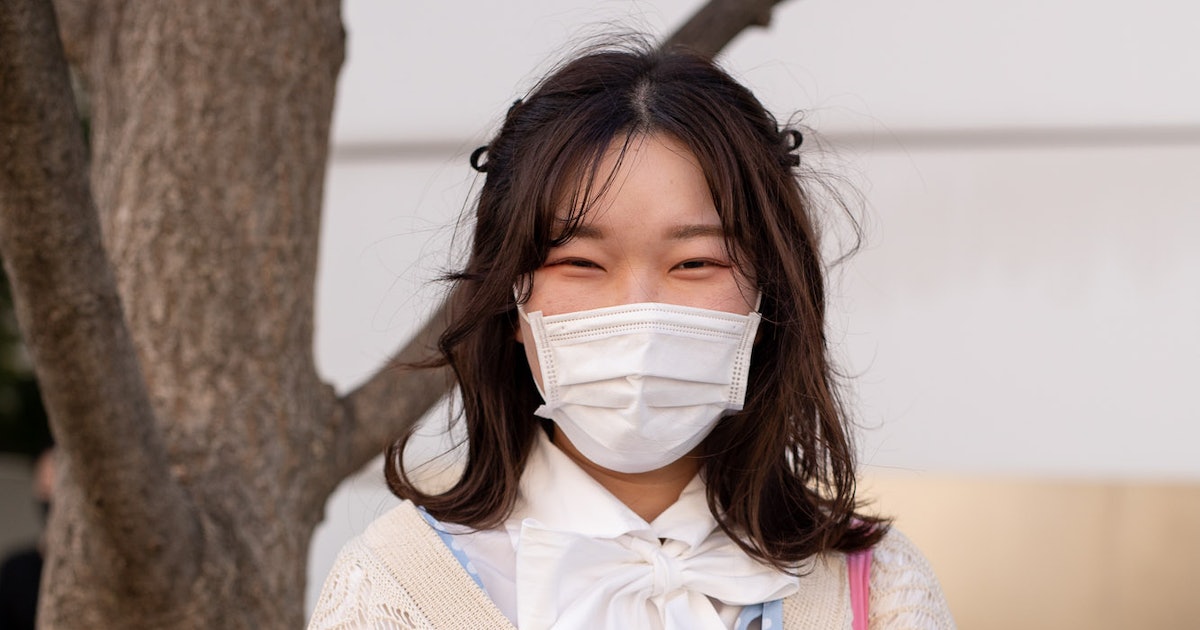 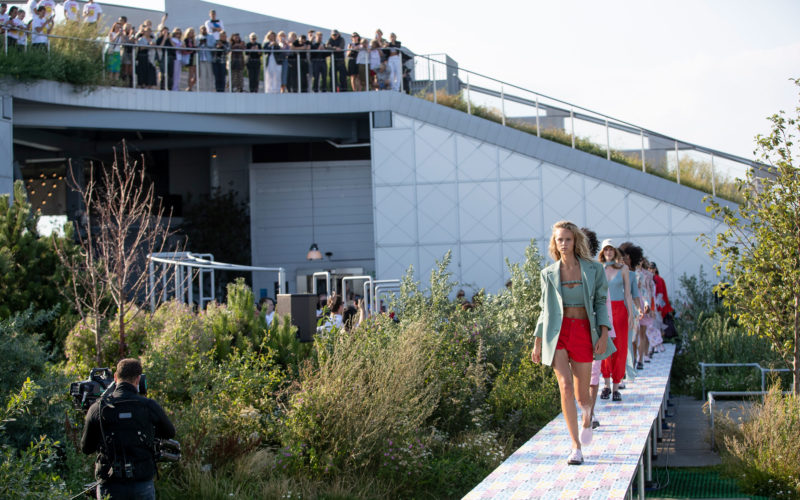