Climate-positive sweatsuits, circular sneakers and organic capsules. Fashion’s sustainability marketing became a frenzy with Earth Day this week. But this messaging jostled for attention alongside equally breathless predictions of a roaring resurgence in post-pandemic consumption.

Stores reopened in England last week to queuing crowds, which propelled the likes of Primark to record sales. In the US, retailers are on a hiring binge in anticipation of a major bounce back, while a strong rebound in demand in China continues to underpin the market.

Some brands are already reaping the benefits. LVMH saw sales from its fashion division jump 37 percent in the first quarter over pre-pandemic levels in 2019, while revenue at Hermès jumped 33 percent. Anna Wintour was among the latest to predict a “Roaring Twenties” in an interview with The Financial Times this week, citing “lines around the block” at reopened Gucci and Dior stores in London.

Whether demand will stay this high remains to be seen, but one thing is increasingly clear: fashion’s sustainability promises and its growth ambitions are on a collision course.

The amount of product the industry churns out already generates millions of tons of excess every year, so much so that even pre-pandemic, only 60 percent of garments were sold at full price. This is both a symptom and cause of the current culture of overconsumption in fashion, and it feeds into practically every environmental challenge the industry faces, from the emissions its factories spew out to the polluting chemicals used in dyeing and processing materials and the corrosive fallout the whole system has on nature.

Sustainability marketing in many cases is feeding the issue, putting an eco-friendly wrapper on a call for consumers to buy more. From a marketing perspective, it’s a heady mix of feel-good factors: the high of a new purchase coupled with the high of a good deed done. Less so for the planet. There is no consuming our way out of this crisis.

To be sure, some brands focused this week’s Earth Day messaging around things they are actually doing to address sustainability issues, rather than just the products they are selling. And shifting consumers towards items and labels that are making strides to tackle fashion’s environmental impact will surely play a part in any solution, a powerful incentive for the industry as a whole to engage with the matter.

It’s certainly something retailers are leaning into — for which they are seeing results. In a report published this week, Farfetch said it saw visits to the parts of its website that promote items it considers more sustainable quadruple in the past year.

But at the same time, the underlying goal is still to sell more things. The data was published in a trends report that highlighted products that had sold particularly well over the last year, including Prada’s Re-Nylon collection of recycled nylon products and sustainability-focused brands like Veja. It also promoted other brands and products that could help consumers get their high-fashion hit while ostensibly lowering the negative impact on people and the planet.

Farfetch didn’t disclose what proportion of the overall value of the products sold on its platform fell into this category. The company’s gross merchandise value, a common metric of sales for e-commerce businesses, surged 49 percent last year to hit $3 billion.

Long-term, Farfetch has committed to only stock products it deems more sustainable by 2030 and currently rates one in 10 products on its platform as such. “Sustainability is going to be a major part of what we do and what the industry does in the coming years,” Farfetch said in a statement.

But even as more brands promote products they claim are better for the planet, the industry is moving far too slowly to tackle the deeper issue, according to the BoF Sustainability Index. As Pierre Mallevays noted in his column for BoF this month, “there is a deep tension between what is good for the world and what is good for shareholders.”

It’s a knotty problem made even knottier by the financial pain the industry has endured over the last year. And it’s clear that no amount of marketing will solve this.

Already, scrutiny of exaggerated sustainability claims is mounting. In the US, a group of sustainability-focused brands and advocates have banded together to sign a letter they plan to send to the Federal Trade Commission asking it to review the guidelines governing such marketing.

Regulation may help tamp down on greenwashing, but actually fixing the industry’s challenges will require long-term commitment and investment in new technologies, cultural shifts to encourage consumers to re-use and recycle their clothes and new business models that ensure clothes are priced according to their true cost and the financial health of brands is not wholly depending on ever-growing consumption.

One thing is certain: buying a new pair of jeans to mark Earth Day won’t change anything. Quite the opposite.

THE NEWS IN BRIEF

FASHION, BUSINESS AND THE ECONOMY 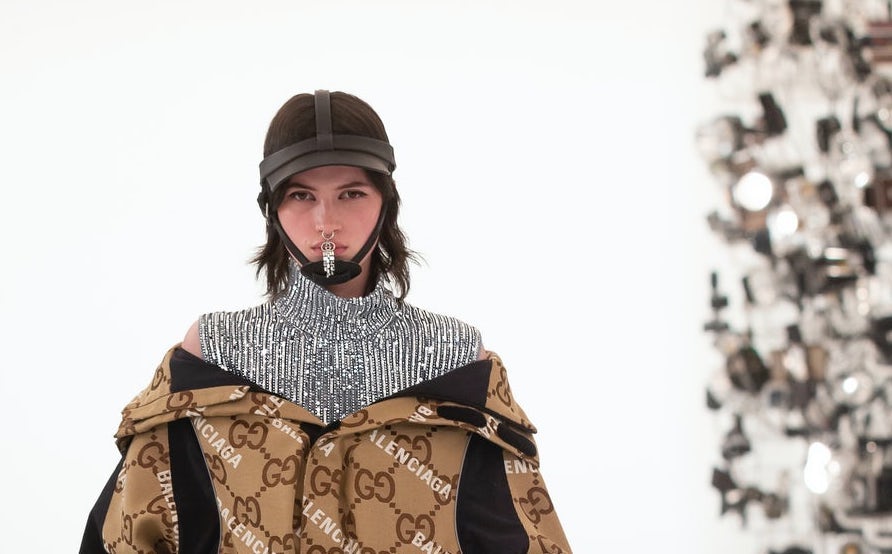 Kering sees a rebound in its first-quarter results. The conglomerate saw overall organic growth of 26 percent over the prior year. Compared to early 2019, the group’s last first quarter before the coronavirus crisis, sales were up 5.5 percent excluding currency shifts, despite the fact that many of its stores continued to experience shutdowns.

LVMH increases stake in Tod’s to 10 percent. The Italian shoe brand is seeking a turnaround after 5 years of falling sales. Tod’s said in a statement on Thursday that LVMH would buy a 6.8 percent stake from Tod’s founder and Chairman Diego Della Valle. LVMH, led by French billionaire Bernard Arnault, already owned a 3.2 percent stake in Tod’s.

Dior to stage resort show in Athens. The French fashion house will reveal its Cruise 2022 collection in the Greek capital Jun. 17, as owner LVMH continues to invest in splashy marketing spectacles to capitalise on strong momentum at its second-biggest brand.

Warby Parker plans US IPO as soon as this year. The prescription eyewear seller is in discussion with advisers on a potential listing and is seeking a valuation higher than its last round of fundraising indicated, Bloomberg reported. Warby Parker raised $120 million in its most recent funding round in 2020, valuing it at $3 billion, according to PitchBook data.

Nike ends deals with Kobe Bryant Estate and Simone Biles. Nike has confirmed that its nearly 20-year partnership with late NBA legend Kobe Bryant has come to an end. Just a few days later, it was reported that the Olympic gymnast is also set to depart the sportswear giant after forming a new partnership with women’s activewear brand Athleta.

Target will collaborate with Christopher John Rogers and other designers. The big-box retailer announced Monday a new collection of dresses featuring three designer labels, including the London-based Rixo; Alexis, a contemporary brand known for feminine dresses; and Christopher John Rogers, recipient of 2019 Council of Fashion Designers of America/Vogue Fashion Fund prize. The line will hit stores and online later this spring. Meanwhile, Tommy Hilfiger has inked a deal with Kohl’s.

THE BUSINESS OF BEAUTY 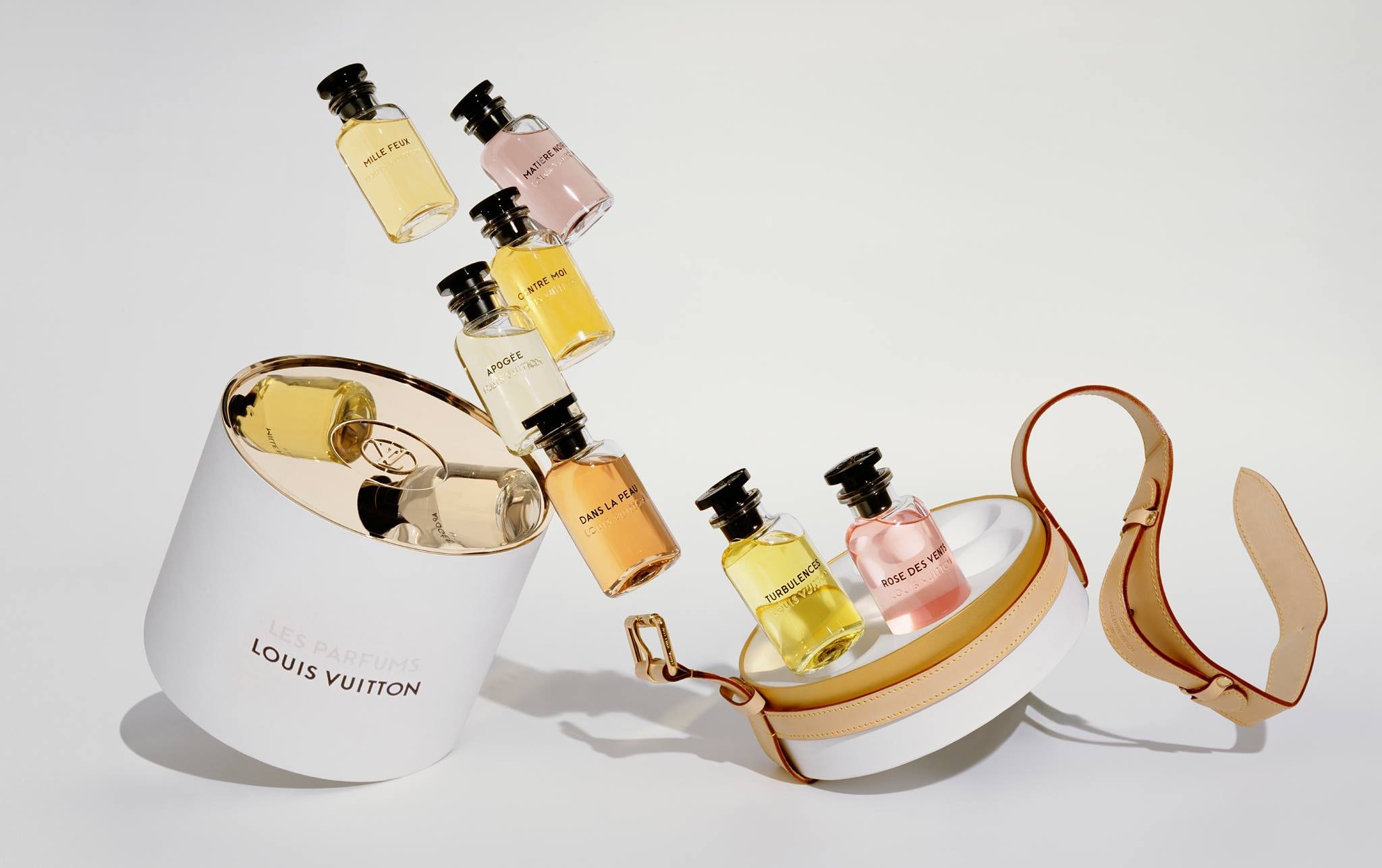 LVMH is building a $154 million beauty e-commerce hub in Shanghai. The French luxury conglomerate has broken ground on its largest e-commerce sales and storage hub for cosmetics in the Asia-Pacific region, which is scheduled to be operational by the end of next year.

Cardi B Moves to Launch Beauty Line. The rapper filed to trademark “Bardi Beauty” on April 16. According to the filing, the cosmetics company could carry makeup, fragrance, skin care and hair and nail products.

Amazon to open beauty salon in London. The e-commerce juggernaut partnered with an independent London salon, Neville Hair & Beauty, to open a 1,500 square foot hair salon in London’s Spitalfields neighbourhood to demonstrate its hair care products and technologies. The salon will offer services — at first only to Amazon employees — for adults and children, including cut, colour and styling, and guests will be able to try out hair colours virtually through augmented reality or scan and purchase items on the salon’s shelves. 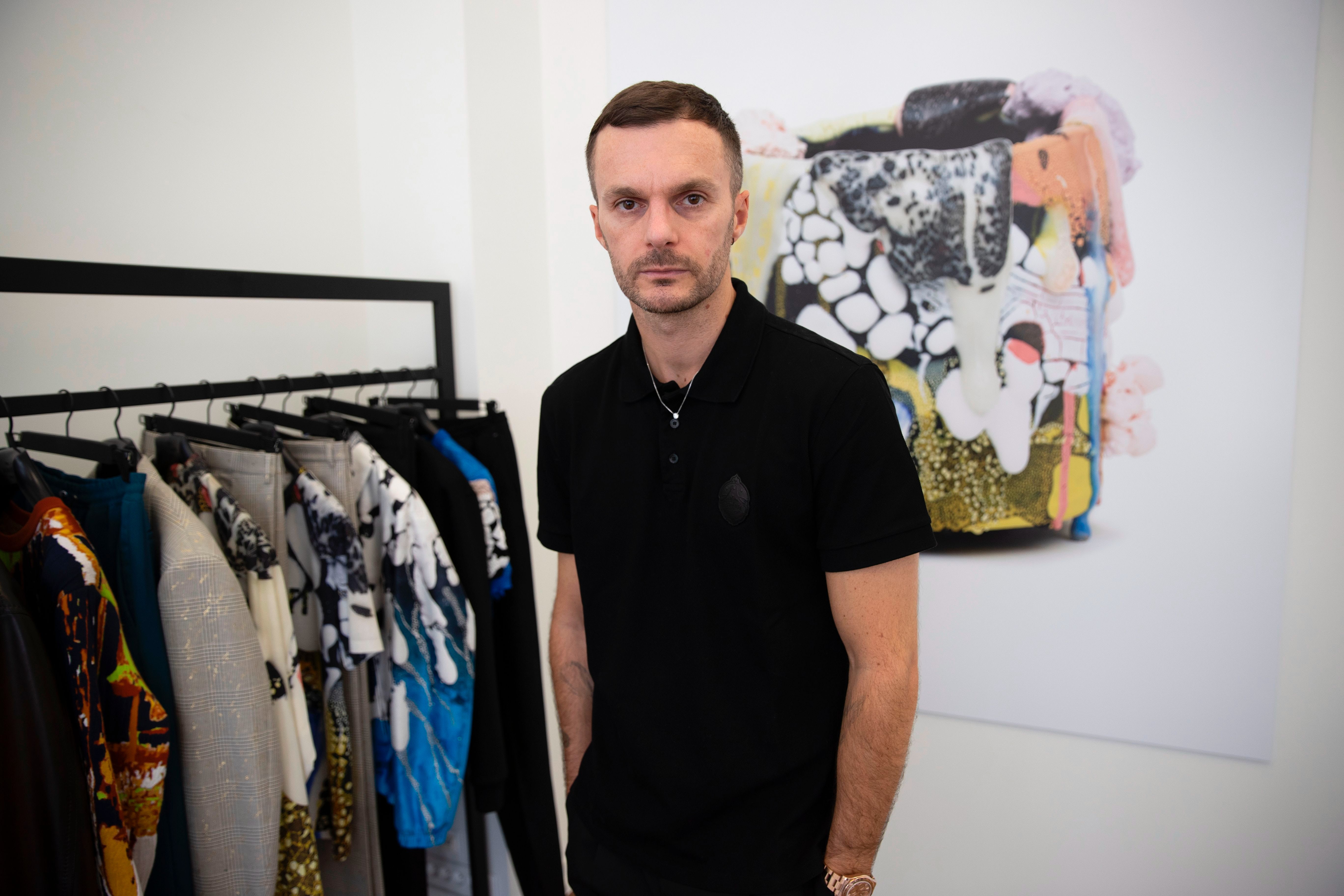 Kris Van Assche exits Berluti. The Belgian designer had served as artistic director at the LVMH-owned men’s label since 2018. Going forward, Berluti said it would adopt a less structured approach to presentations. Van Assche’s last collection for the label was presented on April 8.

Away names co-founder Jen Rubio CEO ahead of potential IPO. The luggage company named Rubio chief executive after she spent two months in the role on an interim basis. She takes the reins at a precarious time: The pandemic has upended travel and Away has come under fire for complaints about its company culture.

Helly Hansen CEO to step down. Paul Stoneham is leaving the Norwegian outerwear maker by the year’s end after serving as its CEO since 2015. Stoneham, who led Helly Hansen through a 2018 sale to the Canadian Tire Company, will remain in his role while the brand appoints and completes handover to a new CEO, the company said Wednesday. 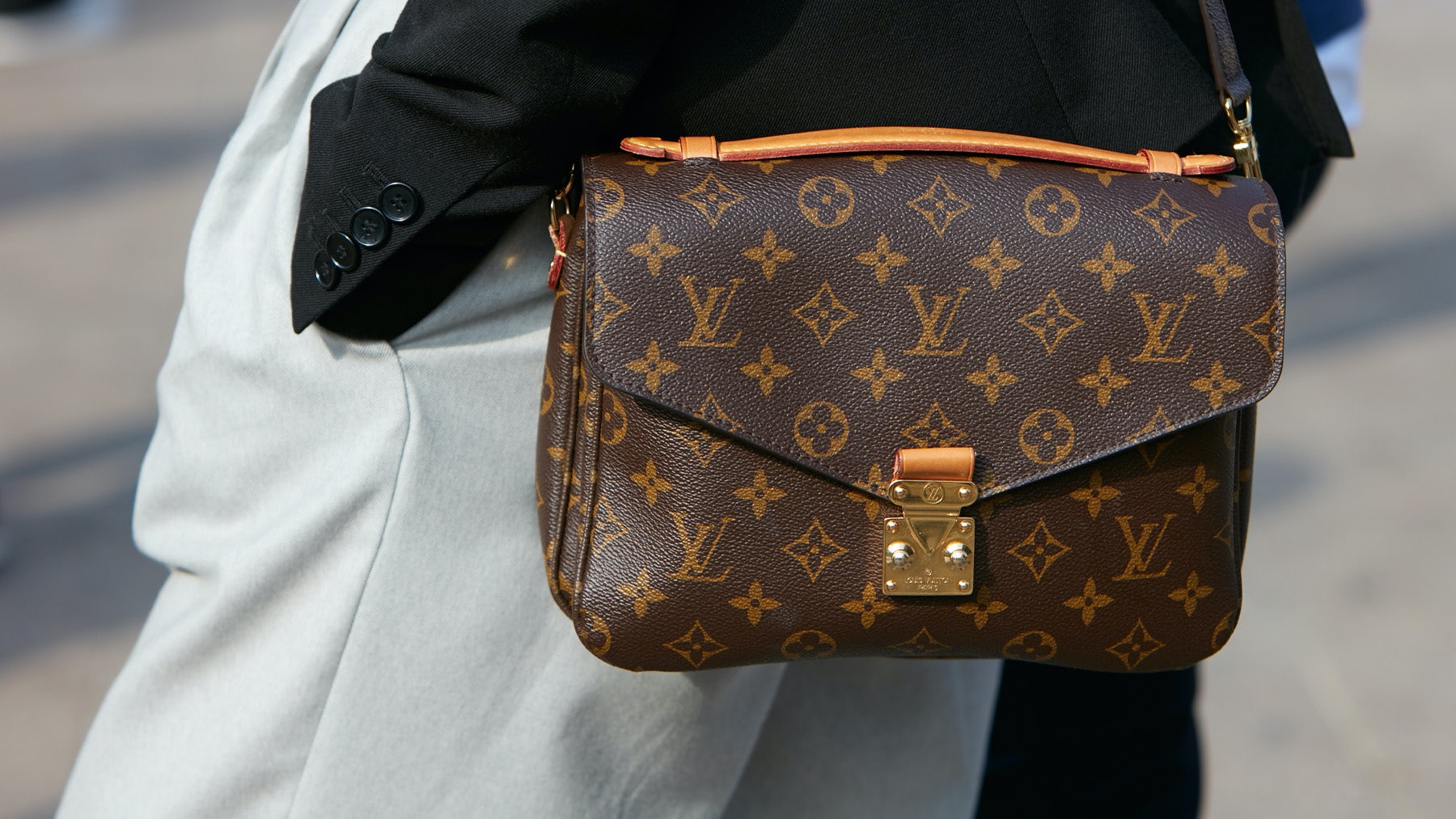 LVMH is cracking down on counterfeits. Shutterstock.

Cartier, Prada link up with LVMH in blockchain alliance. The companies’ “Blockchain Consortium,” announced on Tuesday, builds on technology the French luxury conglomerate first developed in 2019 with help from Microsoft and ConsenSys. It is a rare instance of the rival groups working in concert.

Rakuten and Tencent’s mega-deal comes under regulatory pressure. WeChat owner Tencent Holdings’ investment in Japanese e-commerce and IT giant Rakuten, which saw Tencent become the latter’s majority shareholder with a 3.65 percent stake, is drawing scrutiny from both the Japanese and US governments due to fears that Beijing will gain access to users’ private information, The Japan Times reports.

Facebook pushes into audio to compete with Clubhouse. The social media giant is building a new series of audio-focused products, including virtual rooms where users can host live discussions, and a podcasting feature. Twitter, LinkedIn, and Slack Inc. are also working on audio rooms of their own. Facebook said it hopes to launch its live rooms product by summer. Cranberry Boutique’s Blanton shows fashion is for all sizes 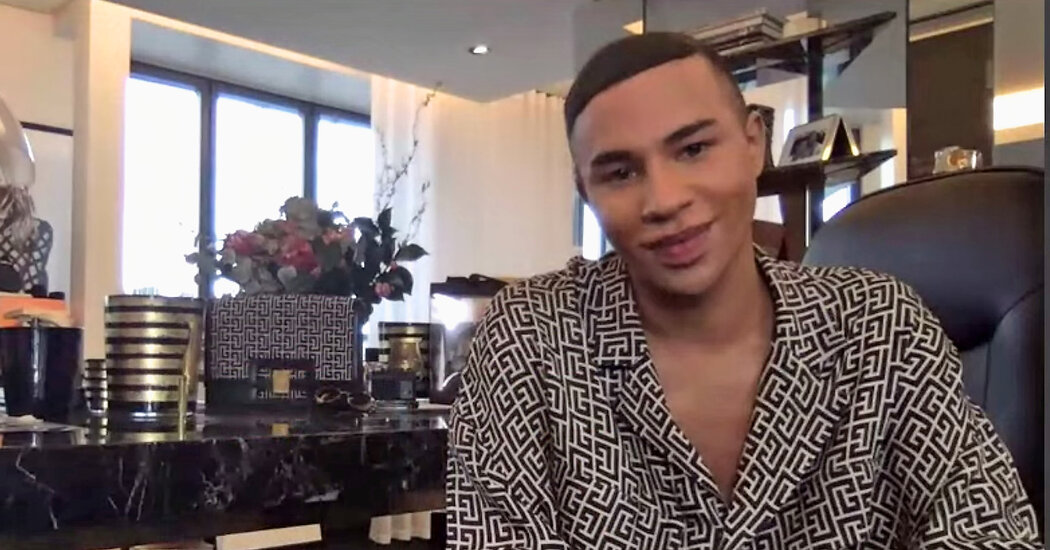 Beyond Trend: An Honest Conversation About Fashion, Race, Elitism and Community